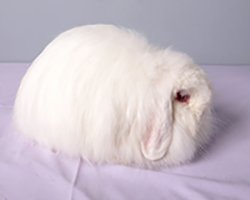 Introduced into the UK mid 1980’s
First appeared in litters of Dwarf Lops when breeders noticed a rabbit with a luxuriously soft coat that resembled the fur of the Cashmere goat. Enthusiasts persevered to improve the new variety and the Cashmere was recognised by the BRC in the mid 1980s. Requires expert housing and daily grooming and handling so seek advice from breeders before considering taking up this breed. 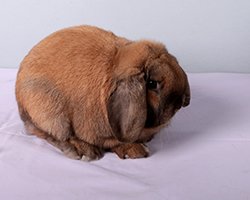 Introduced into the UK 1970
Created in Holland in the 1950s this popular medium sized Lop is both successful show star and pet shop favourite. 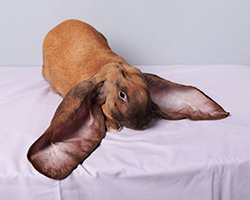 Introduced into the UK mid 1820's
The oldest breed to be exhibited anywhere in the world, the English Lop was first seen at agricultural shows. The first Lop club, the Metropolitan Fancy Rabbit Club, was founded in London in 1840. The breed quickly spread to almost all countries where exhibition rabbits exist.
Colours: Any colour permitted.
Club: National English Lop Club No facebook or web page 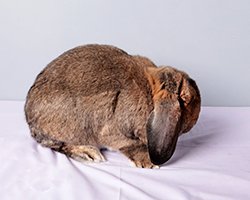 Introduced into the UK 1965
The largest of the Lop family with a desired weight of 5.5 kg, it was originally developed it for meat production but on its arrival in the UK the French established itself as one of our most popular exhibition breeds. 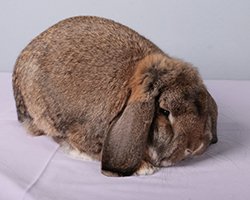 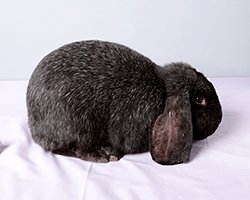 Introduced into the UK in the early 1930s.
Created in Meissen, Germany during the late 1920s to early 1930s by crossing continental Lops with silvered breeds. Noted for its placid nature. 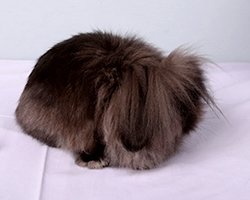 Introduced into the UK by Jane Bramley in the early 200s, who tells us that the first maned mutations were discovered in Belgium and northern France where they were developed by various breeders in Europe.

Jane explains: “Although many breeds were used in their development, the significant introductions were a line to Netherland dwarfs which were imported as early lionheads. Another line had been crossed with lops and it was one of these that I used, spending five years crossing with mini lops until I had the type and size required. They were then bred true, only using a mini lop when a new colour was required, which had the added benefit of increasing the gene pool.

“My original experience with the development of the mini lop (without the use of imports) and mini cashmeres helped in my work to create this delightful breed.”

A national club was formed in 2007 and the first show was held at Stafford in June of that year, when this little lop with the mane of the lionhead immediately roared to success. 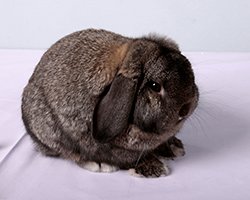 Introduced into the UK early 1990s.
The smallest of the Lop family, the mini standard was accepted by the British Rabbit Council in November 1994 and immediately became one of the leading stars of the exhibition world.